The Australian Sheep and Wool Show held in Bendigo from 14-16 July 2017 was once again a big few days for the association. Congratulations to the following Polwarth studs, Catholic College Bendigo, Challicum, Fairview, Homeleigh, Moorabbee, Riverview (Tasmania) and Taljar (South Australia) for presenting such an impressive line-up of sheep. Chief judge Noel Littlejohn from Tasmania and associate judge, Kayla Starkey from South Australia commented on the quality of sheep presented for judging. This year the Supreme Champion Polwarth was taken out by Fairview for a ram under 1 1/2 years.

For the first time, we held a Junior Judging Competition where students associated with Catholic College Bendigo stud participated in a Beginner Handler's class and Fleece Judging class. Thanks to studs Rainbow and Bonnie Bray for supplying fleeces and Fairview and Moorabbee for supplying sheep for the junior judging competition. Special thanks to Ted Wilson from Landmark who was roped in at the last minute to judge the fleeces. Ted did a fantastic job briefing our young contestants on what qualities to look for in their judging. 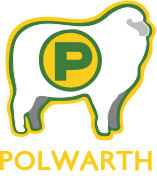